The Gargano National Park is a protected nature reserve which was established in 1991, it is entirely located in the Gargano Promontory, the spur of Italy. It covers an area of 300000 acres and includes the Foresta Umbra (Umbra Forest) and the archipelago of Tremiti Islands.

Of particular interest is the morphology of this area. The Gargano was originally an island separated from the mainland. Later it merged to the mainland to form the unmistakable “spur” but the origin of this area as an island has marked the evolution of its environment in terms of fauna and flora.

The Gargano National Park is one of the richest places in terms of biodiversity and is characterized by many different and rare habitats, (many of these are protected). Among the others there are the rocky cliffs of the coastline, the beach woods, and the dunes which surround the lagoons of Lesina and Varano lakes.

The Foresta Umbra, is definitely the biggest and richest habitat of the park. This huge green lung covers 15,000 hectares in the Gargano National Park and its altitude ranges from 300 meters to 832 meters of the Mount Iacotenente.

The origin of the name is uncertain but it is probably related to its distinctive soil. The name “umbra” derives from Latin and means dark, shadowy, as its soil appears today. It is covered with a 25 cm thick layer formed over thousands of years as a result of a very slow decomposition process of fungi, insects and larvae that feed on wood and other organic material. The presence of this type of dark soil is the ideal terrain for the thick vegetation of the forest.

The Umbra Forest is undoubtedly the most representative and unspoilt environment of the entire area of the Gargano. The forest can be visited thanks to the many hiking trails. These hikes are easily accessible on foot or by mountain bike and are of spectacular beauty and natural interest. Most important plant species in the forest are the green patriarchs, specimens of beeches, oaks, fir and chestnut with a monumental stature.

Of particular interest are the wild orchids, the Gargano is the richest area in Europe with its 60 species and subspecies of wild orchids. The fauna is distinguished by a large population of roe deer, foxes, badgers, hares, the rare wild cat, woodpecker, peregrines, buzzards, kestrel, owl and birds of any species. Also, an incredible variety of aquatic and pelagic species also live in the coastal and lake areas. Wild ducks, seagulls, and coots, which live amongst the reeds, bamboo canes, tamarisks, pools and stretches of water, are some of the more easily identifiable species.

From April to October a museum is opened which has a section dedicated to the history of botany and a special section on the fauna of the forest.

The Gargano National Park and its Forest are undoubtedly a must-see destination for adventurers and nature-lovers travellers. Being a wild area we recommend getting information and maps from “Corpo Forestale dello Stato”, kind of Park Rangers, to better enjoy the hikes and the whole forest. 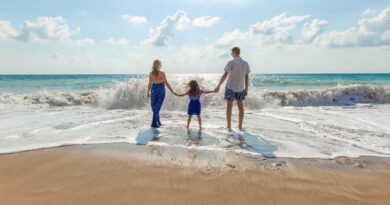