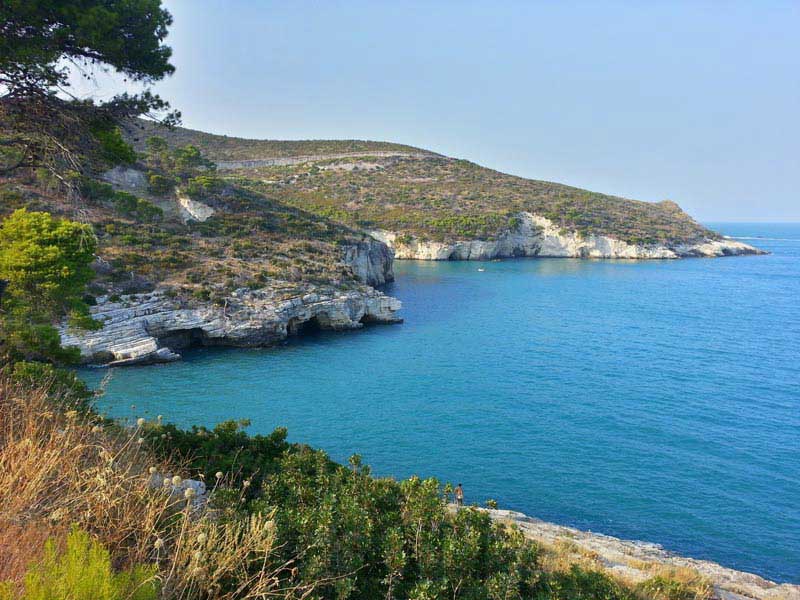 Gargano, also known as the spur of the Italian boot, is a promontory (it’s actually called the Gargano Promontory) that extends into the eastern part of Puglia and is surrounded by the Adriatic Sea. It is part of the province of Foggia and is almost entirely occupied by the Gargano National Park

Photo Credits Flickrwhich was established in 1991. From a geological point of view the Gargano is a peninsula and is mostly mountainous (its the highest mountain in the region with a peak of over one thousands meters), it was once an island, and is still separated from the mainland by a vast flat tablelands called Tavoliere delle Puglie. It has more in common with the territory across the sea than with the rest of Italy. Gargano is a coastal area of extreme beauty on the Adriatic Sea, it is famous for its stunning beaches, cliffs, forest and for its rough unspoiled appeal.

The remoteness of the Gargano area from the rest of the region makes it a unique land which still preserves an unspoiled nature and represents one of the best examples of biodiversity in Italy.

Its territory is mainly covered with the deep wood of the Umbra Forest in the National Park and the typical Mediterranean vegetation with olive and citrus groves.

Its 140 km long coastline are characterized by the presence of sandy beaches, ancient forest (mainly pine woods), bays, limestone cliffs, dunes, calcareous caves, and the faraglioni, white rocks emerging from the sea in the Mergoli Bay and the Zagare Bay (Baia delle Zagare). Famous and numerous are also the trabucchi, ancient wood-made structures built by fishermen from where they cast their nets. With its sparkling sea and cobalt blue water Gargano is the ideal destination for divers and water sports lovers. North of it is the wonderful archipelago of the Tremiti Islands. Two inland coastal basins are also located on the Northern coast of Gargano, Lesina and Varano. The lake Lesina is parallel to the coast, its waters are salty because it is directly connected to the sea. Lake Varano is separated from the sea by a sand strip, called the island, its waters are sweet thanks to the presence of underground springs. 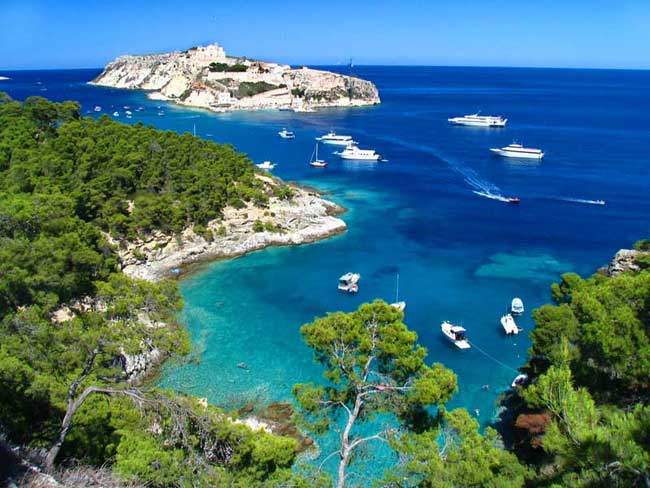 But the Gargano is not just a land of sea, beaches and nature, it is also a land of faith, history and traditions. Beautiful whitewashed villages located along the coast as Vieste, Peschici, Mattinata, Rodi Garganico and the pilgrimage village of Monte Sant’Angelo have well preserved their architectural beauty over the centuries. It’s a land of faith with its roads that have been used for centuries by pilgrims coming to this land along the route from Santiago de Compostela, which led to the Holy Sepulcher and the Holy Land, passing through Rome and that today lead to the second most visited Catholic Shrine in the world located San Giovanni Rotondo and dedicated to St. Padre Pio. Gargano is still an intact, unspoiled land and is definitely a must-see land in Puglia. The perfect land for any type of holidays, where you can enjoy the sea and beaches, or be engaged in fascinating journeys through history and ancient traditions or simply relax amid the unspoiled vegetation. 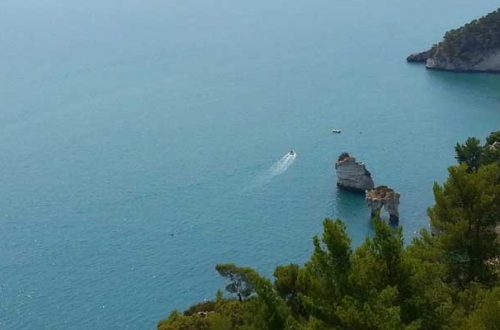 Places to visit in Puglia: Top 10 not to miss