If Puglia is Italy’s best food region, then the Salento (the area south of Brindisi) is home to its most distinctive, diverse and delicious local cuisine. For the second year in a row Italians named the Salento as their favourite travel destination in their own country. With good reason. It has the sights, the sea, and, of course, la cucina!

With so many great options to choose from, knowing where to eat can seem overwhelming. The good news is that it’s almost all fantastic. But for the very best of the best, a little insider information can be invaluable…

Try it at: Alle Due Corti, Lecce

Every region of Italy has its ‘you’ve gotta try this’ dish that you can’t find anywhere else, and in Salento that dish is Ciceri e Tria, a seemingly simple combination of chickpeas and pasta, half boiled, half fried. The skill is in the frying and the seasoning, which is where Rosalba De Carlo and her family have turned this bowl of heaven into an art form. Don’t expect formal dining at Alle Due Corti. This is traditional Cucina Salentina, served in generous portions in a relaxed, rustic setting. Book ahead. This place gets busy. 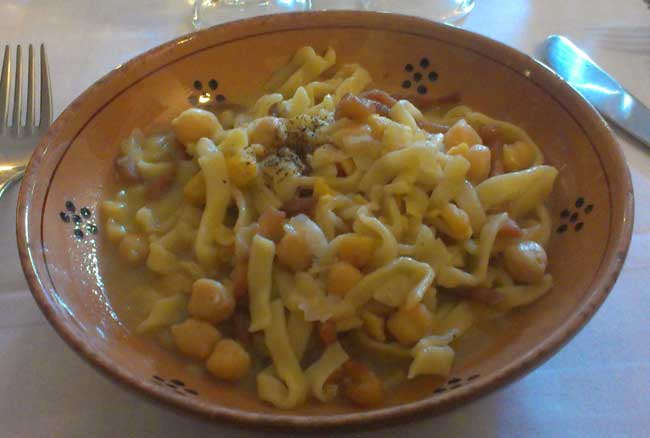 Try it at: Bakè, Torre dell’Orso

It’s easy to find great seafood along the two coasts of the Salento. Gallipoli in particular is lined with outstanding fish restaurants. But for a truly unique seafood experience a visit to Bakè, a few hundred yards from the coast at Torre dell’Orso, is a must. The speciality there is Spaghetti allo Scoglio; white wine, tomatoes, mussels, prawns and langoustine. The difference is how it’s served – in a marquee (Bakè disappears when it’s closed) – and how it’s cooked, in a giant pan called a Pentolo, invented by the restaurant’s owner, Giuseppe Lolli, with spaghetti cooked from dry in the bubbling sauce. Boiled without water, the pasta soaks up all that extra flavour, ensuring that every bite is packed with seafoody goodness. Gastronomic theatre at its most dramatic and delicious! 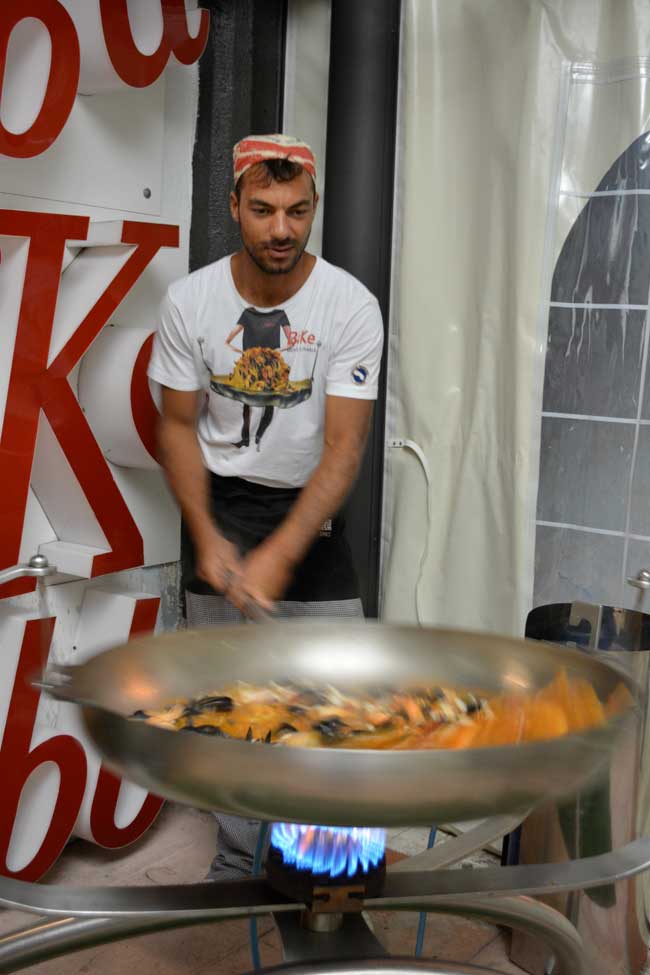 The king of pasta shapes in Puglia is orecchiette, little ears made from flour and water without egg. You’ll find these miniature sauce scoopers in almost every restaurant in the region, but nowhere works more magic with them than the kitchen at La Bettola in the picture-perfect town of Specchia. Half butcher, half restaurant, La Bettola specializes in unfussy dishes, prepared simply with quality seasonal ingredients. The depth of flavour unleashed in their orecchiette con pomodoro was impossible to comprehend, as is how delightful Specchia is still absent from English-language guidebooks. 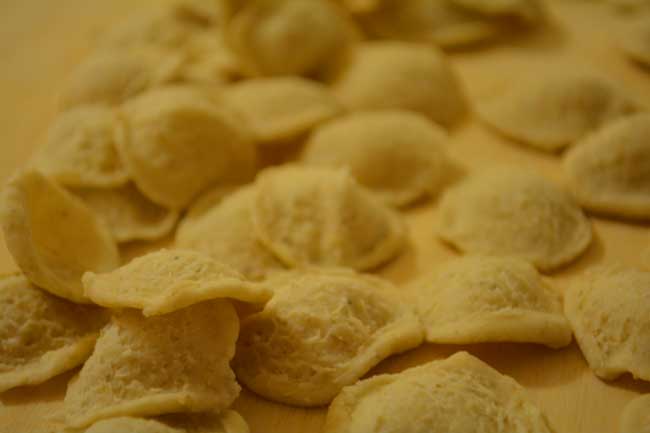 If you’re talking pastry in the Salento, then you’re talking Pasticciotto. Crispy yet soft pastry on the outside; sweet, creamy custard on the inside. You can find this delicious treat in every bar in the Salento, but there’s nowhere better to taste it than the actual pasticceria where it was invented, Ascalone in Galatina. They’ve been churning out these little packets of pleasure since 1745, and even now Salentini will drive from miles away for a taste of the classic recipe. 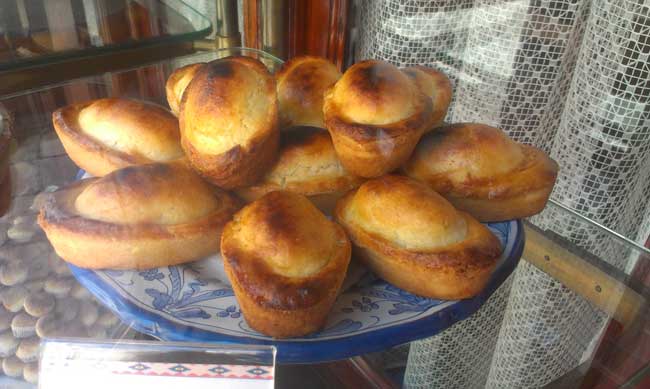 We drink a LOT of coffee at Espressino Travel . So much, in fact, we named our company after it. So believe us when we say that we’ve auditioned PLENTY of candidates in this category.

The bottom line is that Avio has the best coffee in Lecce. Treating their Quarta Caffè beans and the process with the seriousness it deserves, every coffee that lands al banco is a small work of art. Caffè in Ghiaccio (coffee over ice) is the Salentine speciality, but only at Avio does it come with a smooth, cool coffee cremina topping as standard. It’s not a place to linger. The bar is small and often crowded. Get in, have your coffee, and stagger out again, dazed by the brilliance of what you’ve just tasted.

There was no way to anticipate from the outside that Caffè Duomo in Gallipoli would smash a giant home run. We just fancied a coffee. But when you try an Espressino (the uniquely Puglian concoction midway between a Macchiato and a Cappuccino) that has an absolutely perfect blend of richness, smoothness and sweetness, you know you’ve stumbled onto something special. Wanting to double check that we’d accidentally touched greatness, we returned hours later for two Caffè in Ghiaccio. We had. 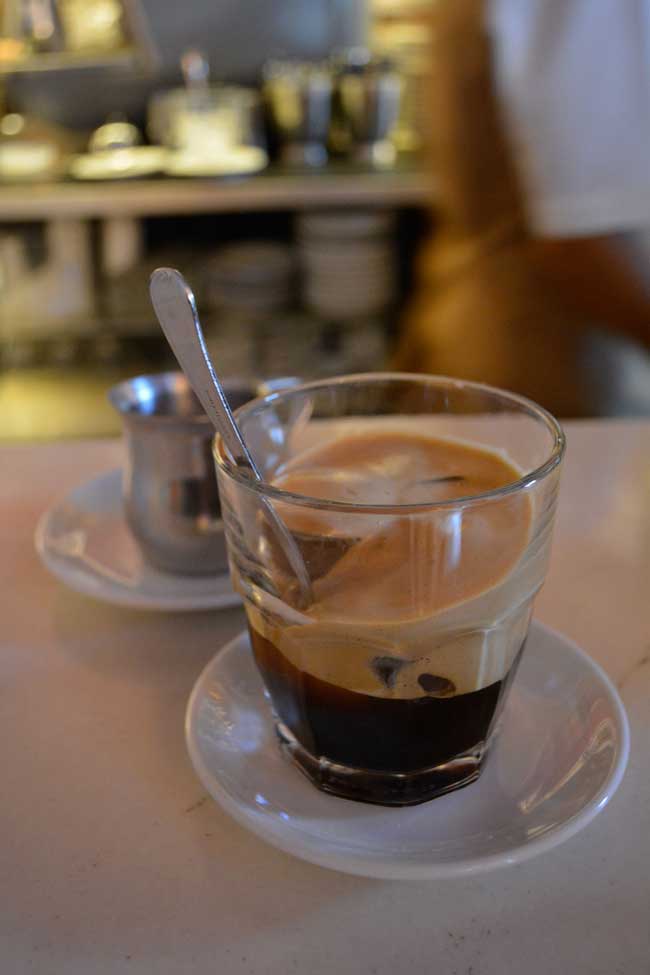 Guidebooks haven’t caught onto the genius of Crem yet. Their mistake. These are gelati with texture, whether it’s chunks of chocolate, biscuit or real fruit. Crem wins bonus points for having a free seating area, overlooking Lecce’s magnificent medieval castle, too.

You have to go off the beaten path, heading northeast out of Lecce’s old town, to find Sottozero. But for gelatophiles, it’s a journey worth making. This is paradise for the sweet-toothed, full of artisan concoctions inspired by a world of confectionary, from Snickers through Ferrero Rocher to Italian treats like Pan di Stelle. Locals in the know, go. 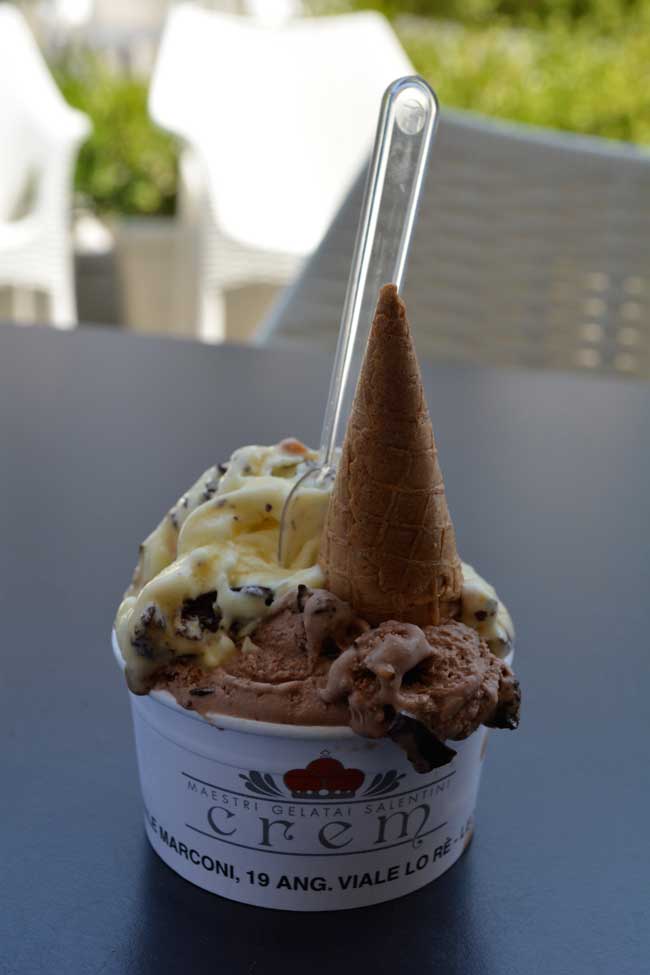 Try it at: Pizza &Co, Lecce

For the ultimate Leccese street food experience, look no further than Pizza&Co. You can order personal or family sized pizzas until it gets busy (which it does, every night), after which you’ll be grateful for a giant slice of whatever creation has just come out of the oven. The brainchild of two charming brothers from Napoli, Maurizio and Paolo Ortona, watching them in action is to witness genuine love for their culture along with the pleasure that comes from providing customers, who instantly become friends, with great food. An essential stop on any visit to Lecce. 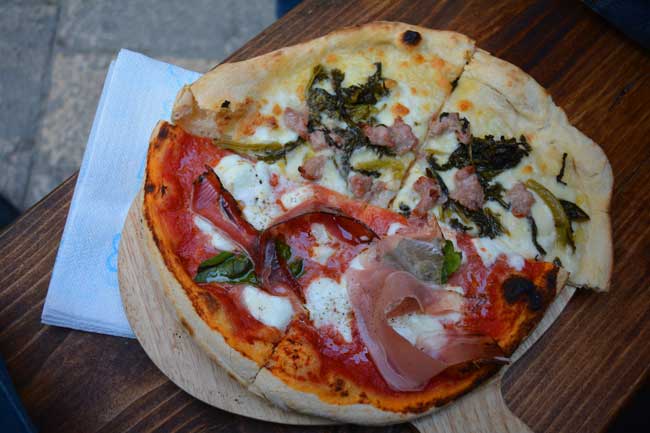 Modern Interpretations of the Classics

Speak to any Salentino about eating in wonderful Otranto and they’ll invariably say the same thing. “You need to go to L’Altro Baffo.” Having sampled Chef Cristina Conte’s modern take on Pugliese classics, it’s easy to understand why. This is contemporary cuisine that’s keeping the best traditions of the region alive. We’re not talking foams or vertically stacked orecchiette. Just elegantly served and perfectly prepared dishes created by chefs excited about bringing their heritage to today’s diners. Classy but unstuffy, L’Altro Baffo is becoming a Salentino icon.

Inland from the Ionian coast, Le Macàre has already reached iconic status. Chef Daniela Montinaro’s unfussy interpretations of Cucina Salentina ensure her restaurant is packed on a nightly basis. Make sure you treat yourself to both Antipasta del Terra and Mare if you go. The magic Daniela conjures from what appears to be simple onions defies logic. In the Salento women are at the forefront of the region’s culinary journey into the future. 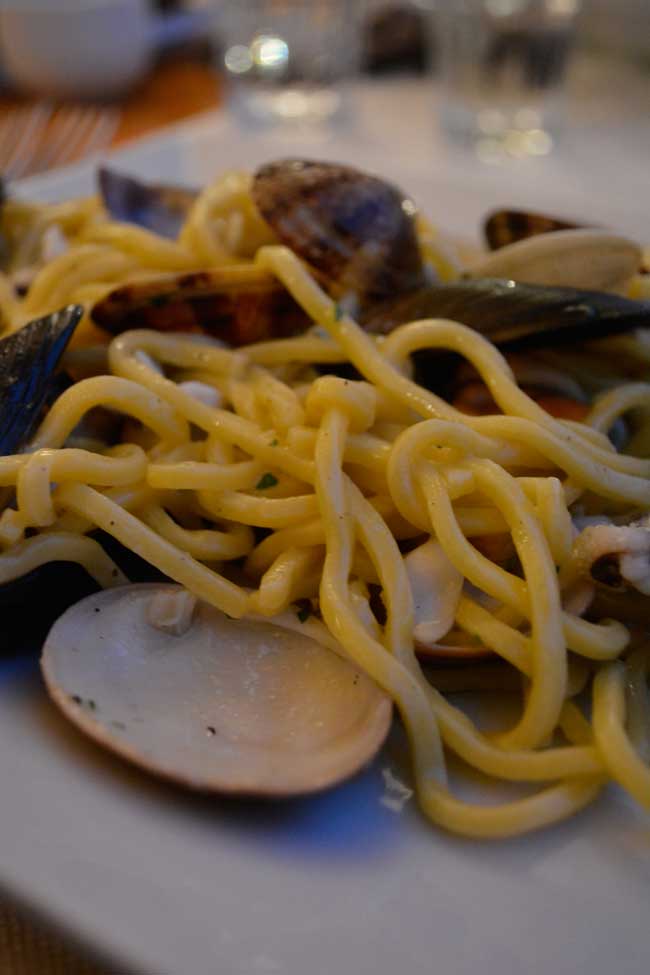 Try it at: Fish Market, Gallipoli 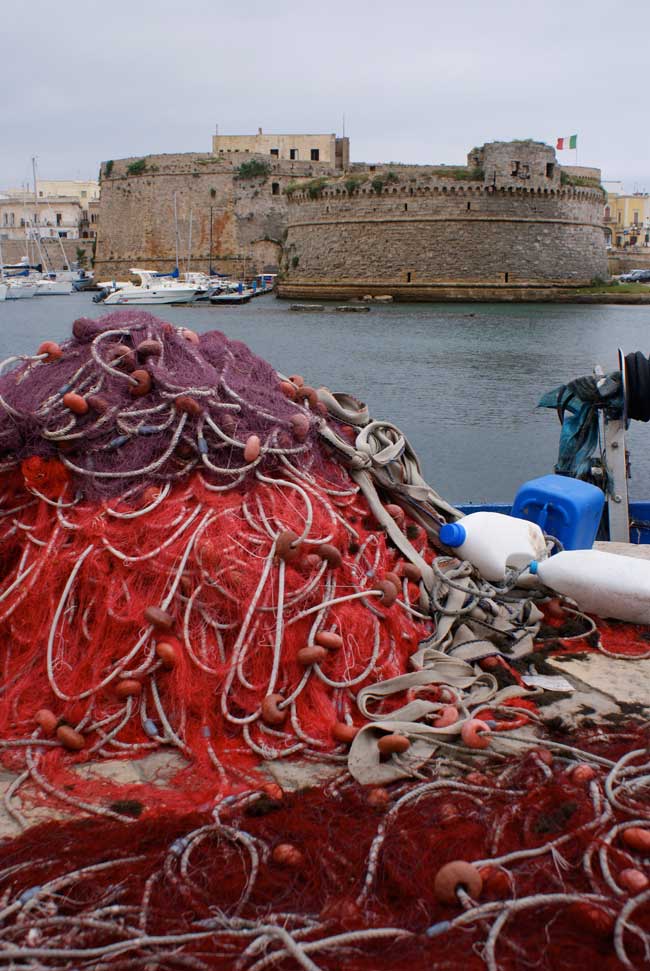 Try them at: Cooking Experience, Lecce

A great thing about Cucina Salentina is that its simplicity makes recreating it at home a distinct reality. And there’s nowhere better to learn these secrets than at Cooking Experience Lecce. Located in the heart of the city’s historic old town, Chef Gianna Greco’s cooking classes are based around the idea that students learn more when they’re having fun. The fact that every lesson ends with a meal in Gianna’s spectacular courtyard, accompanied with the very best of Pugliese wines, is an added bonus. Whether you can find ingredients of the quality available in the Salento once you get home is another question entirely. But recreating the flavours of Southern Italy will help keep those gastronomic memories alive until you can return and taste it all again. 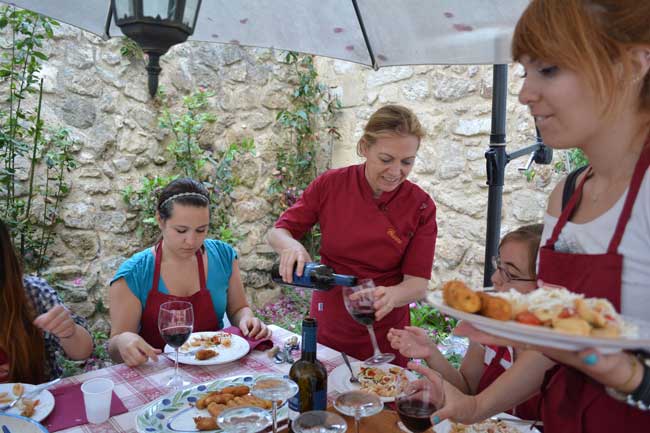 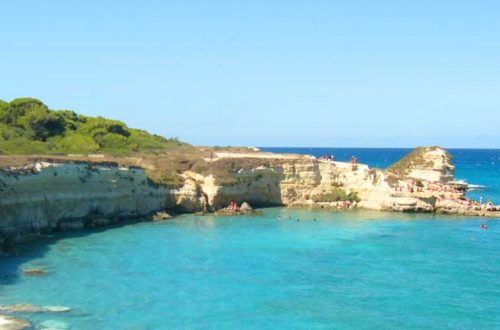 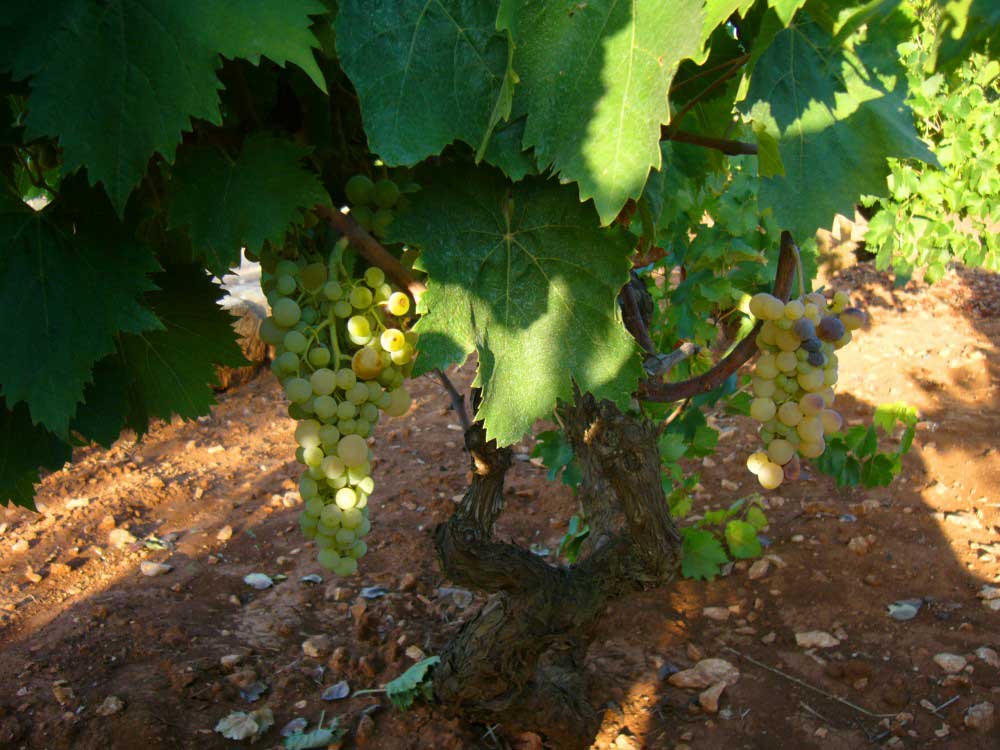 The Scent of September