Monte Sant’Angelo is a small town in the province of Foggia and it is part of the Gargano National Park. It is located in the hills on the Gargano promontory, the spur of Italy, from where it overlooks the splendid gulf of Manfredonia. Monte Sant’Angelo has been a UNESCO World Heritage Site since June 2011. 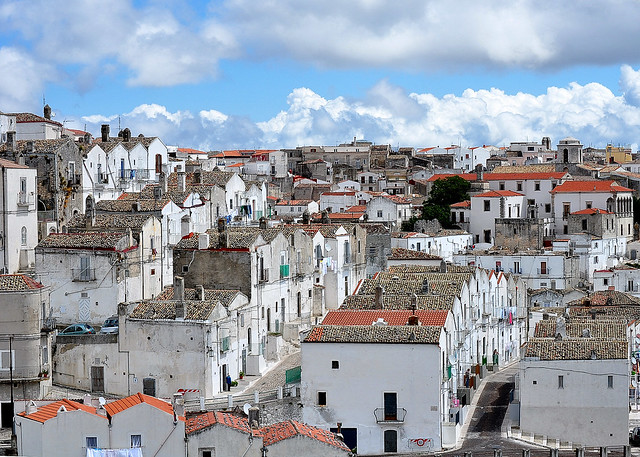 Photo Credits: Flick-pierluigi maria broccoli
The town is situated on a limestone rock, full of caverns and caves; it was founded in the 5th century AC and links its name to the apparition of the Archangel St. Michael on the 8th of May 490 in one of the many caves which surround the whole area. The Archangel reappeared again in 492 and 493 and made this a place of devotion and a pilgrimage meta. Monte Sant’Angelo is still one of the most important pilgrimage sites in Italy and it is worth a visit whether you are a pilgrim or not.

At the time of the apparition, Puglia was ruled by the Lombards which made Monte Sant’Angelo and the cave their national shrine. The town and the holy cave, which was sacked by the Saracens in 871, became very soon a religious meta for pilgrims coming from all over, as Puglia was of passage for pilgrims and crusaders on their way to the holy land. Kings, emperors, popes and Saint Francis of Assisi made their pilgrimage here asking for St. Michael’s protection. 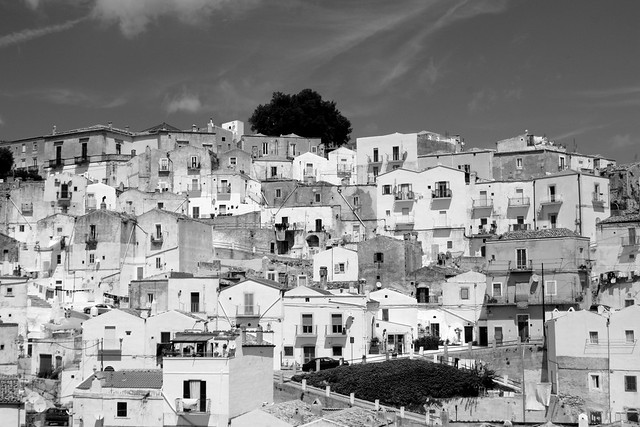 Photo Credits: Flick-Andrea Presciuttini
The town developed around the shrine of Archangel St. Michael which was built on top the grotto where the apparition took place. The little medieval town is rich in historical monuments of great architectural importance. Very characteristic is the quarter of Rione Junno with its terraced houses. The Sanctuary of St.Michael was built between 5th and 11th century, inside are well preserved a carved bishop’s chair (dates from the 11th century) and a statue in alabaster representing the saint. An octagonal 13th century campanile stands outside the sanctuary.

The imposing castle dating from the 9th century, is a testimony of an incredible past era and dominates the entire town from its highest point. It was destroyed and rebuilt numerous times under the Norman, Swabian and Aragonese domains. The Torre dei Giganti (Giants’ Tower) is also part of the castle, so called as it is made of huge boulders. The Tomb of Rotari is an imposing domed tower. The Tomba is traditionally believed to be the tomb of Rothari, a 7th-century Lombard chieftain who converted to Christianity, but it is probably a 12th-century Romanesque baptistery dedicated to Saint John. Near the Tomb are the ruins of the Saint Peter Church. Nearby is the Santa Maria Maggiore Church which preserves beautiful internal frescoes including one of the Archangel. 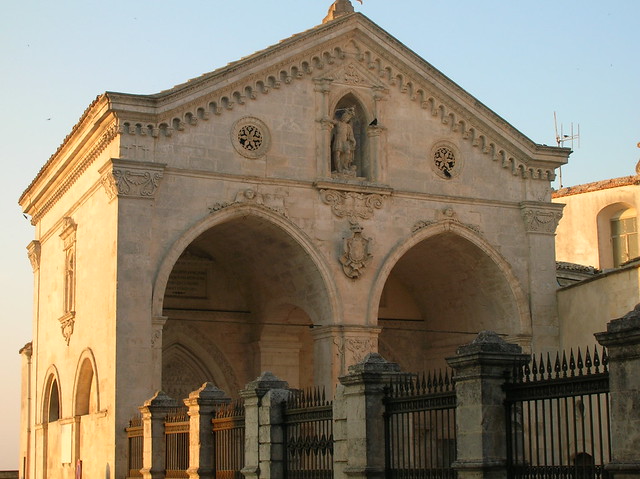 Photo Credits: Flick-Gianni Mello
Just 9Km from the town, it is worth a visit to the Santa Maria di Pulsano Abbey, built on the edge of the Valley of Pulsano overlooking the flat tableland of the Tavoliere delle Puglie and Gulf of Manfredonia. The Abbey was originally built in 591, destroyed in 952 by the Saracens and rebuilt again in 1129 by the Benedictines.