Puglia has achieved an important result related to its beaches and coastline. In 2022, Puglia has been awarded indeed with a total of 18 Blue Flags, a number that places our region in the second place in the ranking of the best beaches in Italy after Liguria region.

What is the blue flag beach award

The Blue Flag Beach award is an internationally recognized award. The promoter is the FEE (Foundation for Environmental Education) and is awarded annually to European coastal locations. To obtain this prestigious recognition, the resorts must meet few quality parameters such as water quality, services offered on the beaches and waste management

Map with the blue flag beaches in Puglia

Ugento on the Ionian coastline has been awarded for the beaches of Torre San Giovanni, Torre Mozza and Lido Marini.

Along the Adriatic coastline, between Otranto and Santa Maria di Leuca, Castro has been awarded particularly for the coast which includes the Zinzulusa Cave with its crystalline waters.

Melendugno has been awarded for the beaches of San Foca, Torre Specchia, Torre Sant´Andrea, Torre dell´Orso and the famous Roca where we also find the Grotta della poesia (poetry grotto)

At the bottom of Salento, Salve offers the beautiful beaches of Torre Pali, Posto Vecchio and the mist famous Pescoluse, a stretch of coast 8km long also known as Maldive of Salento

Nardò won the Blue Flag thanks to Porto Selvaggio. This is a protected natural area characterized by a rocky beach with a pine forest and springs of fresh water under the sea. The other beaches awarded with the Blues Fla are Sant’Isidoro, Santa Caterina, Santa Maria al Bagno and Torre Squillace.

Back to the Ionian coast in the Taranto Province, Maruggio has been awarded thanks to Campomarino and its splendid crystal waters and sand dunes. Other beaches in the Maruggio territory are Commenda and Acqua Dolce

Fine sand and pine forest along with Mediterranean contributed to the Blue Flag for Castellaneta Marina, a seaside village of Castellaneta town.

Moving to the Brindisi Province, for the 12th year in a row, Fasano has won the blue flag for the beauty of its beaches. Precisely, the award goes to the beach Torre Canne, Egnazia Case Bianche (close to the ruin of the archeological site of Egnazia) and Savelletri

Carovigno wins the blue flag with the beautiful Torre Guaceto. Located about 10 miles Northwest of Brindisi, Torre Guaceto is the WWF Natural Reserve and its name comes from the Arab Gawsit meaning “land of fresh water”

The pearl on the Adriatic Sea couldn´t miss in this list. Polignano a Mare and its fantastic historic center have been awarded the beauty of Cala Paura, San Vito, Cala San Giovanni, Ripagnola and Cala Fetente beaches

Peschici is a popular seaside resort with a marina and is one of the finest tourist destinations in Puglia. Peschici is perched on a rocky promontory above the sea and the ancient area still retains original features of the medieval village. Awarded with the blue flag for Baia di Monaccora, Baia di San Nicola e Calalunga

North of Bari, in the BAT Province, we find Bisceglie awarded with two beaches Salsello and La Salata

Margherita di Savoia, famous for the salt pans, among the largest in Europe and a protected natural area, closes of our list of the best beaches in Puglia awarded with the blue flag 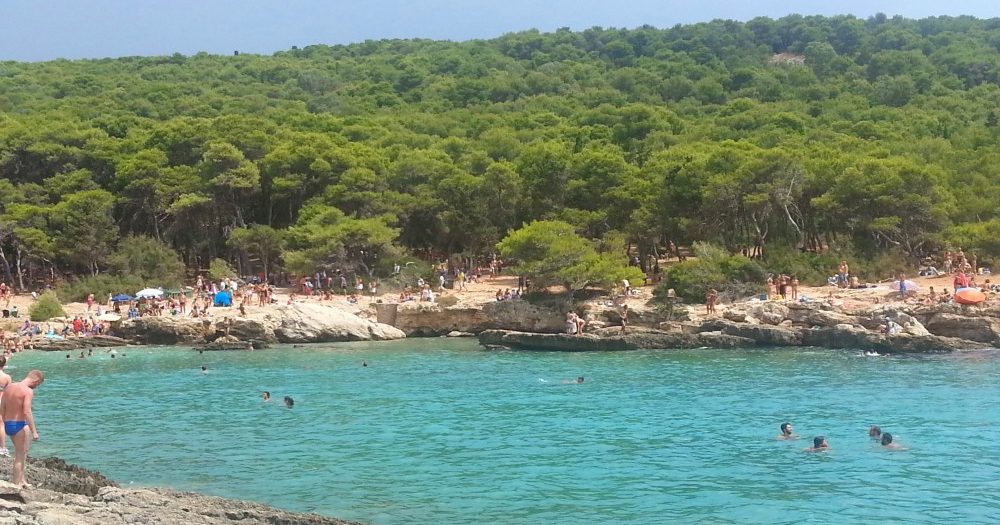