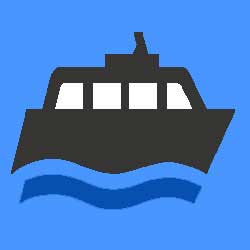 Puglia has several ports along its coast but only those in Bari and Brindisi are also used for tourism connections.

The port in Bari has daily connections to Durazzo in Albania, Antivari in Montenegro and to Corfù, Igoumenitsa and Patrasso in Greece.

The port in Brindisi has daily connections to Valona in Albania, Greece to Corfù, Igoumenitsa, Cefalonia, Paxos, Zante, Patrasso and finally to Çeşme in Turkey.

The port in Taranto is used in military and industrial roles. It is one of the most important ports in Italy and the whole Mediterranean and is also connected to the Middle East and China (mainly for commercial use).

For more information on Puglia’s ports and timetables please visit the following sites:

If you are considering flying to Puglia there are three main airports in the region. Brindisi and Bari airports are the most efficient and run international flights regularly. Additional details are provided in this sections as well as information on the airports websites for more details on live flights. International Airport of Bari… How to get to Puglia by plane

The national Railway service covers pretty well all the region therefore trains might be an easy way to get and move around Puglia. The Adriatic railway connects Bologna to Lecce and Taranto and also stops to Foggia and Bari. The railway between Rome and Taranto also stops in Bari and Naples… How to get to Puglia by train

Travelling by bus can be a good and cheaper alternative to trains and a fantastic opportunity to see numerous places in once. Buses normally stop also to smaller cities and the local companies provide regular services within and from Puglia. If you want to get more information on routes, prices and timetables… How to get to Puglia by bus

Travelling around the region could be a very exciting experience. The countryside and the coastline are lovely unspoiled areas that can probably be discovered only if travelling by car. Puglia has a good road network and clear international signs system. We recommend travelling on the Autostrada… How to get to Puglia by car