We have met for you Antonio Maizza, Professor of Italian language in Tokyo, who has recently collaborated to the production of the “Terebi de Itariago” TV show (“The Italian in TV”), commissioned by NHK, the national Japanese TV and on the air since 1990, where for the first time is presented the Puglia region.
Thanks to the collaboration with the Professor Antonio, the Japanese crew got the opportunity to discover the beauty of the Itria Valley, walking among the trulli of Alberobello and the alleys of the old town of Ostuni; then they moved down to Salento to admire the charming Baroque architecture of Lecce and ended the trip with a gastronomic stop in Cisternino and Ceglie.
Today we get to know more about this interesting trip and how Puglia has fascinated Japan.

Tell us briefly about this experience. What were the first impressions of the Japanese crew?

Once arrived in Puglia, the members of the NHK TV crew were immediately impressed by the beauty of our landscape and the urban architecture of the cities. Tasting some of our typical dishes, they also fell in love with our gastronomy, so fresh and healthy, and got very impressed by the friendliness and hospitality of the local people. Another positive thing that they mentioned was the great punctuality and professionalism of the local collaborators, such as drivers, caterers and extras of the documentary.

Speaking of food, what are the Puglia dishes that have been most successful among the crew?

Certainly the orecchiette, a dish that has become really popular in Japan during the last few years. Also, they really appreciated the fava beans pure, the focaccia and the carpaccio of fresh fish. Surprisingly there are so many similarities between the Puglia’s and Japanese’s cuisine such as a moderate use of salt and the preponderance of vegetable and raw fish dishes.

How much and how is known Puglia in Japan?

Alberobello has been known here in Japan since 1996 when it became an UNESCO World Heritage site. Thanks to this, in Alberobello it’s common to find numerous Japanese tourists throughout the year. Overall, the Puglia region has begun to be known and appreciated only in recent years and, if I may, also thanks to our work of promotion. Indeed, since 1996, when I was still living in Puglia and Alberobello got awarded as UNESCO site, one of my dreams became to promote and raise awareness of the Puglia in Japan!

Compared to the Europeans, what are the type of holidays the Japanese are looking for?

When traveling to Italy, the Japanese prefer cultural and historical itineraries, rich in gastronomy, art and activities that engage them with the local traditions, rather than spending the classical relaxing holiday of sun and sea. Puglia can offer so much in this sense, as there are options for any taste and level of age. For relaxing, local people normally tend to stay in Japan as there are very beautiful places off to mountains and see where to spend this type of holidays.

What improvements could be done to increase the tourism from Japan?

Since very few Japanese move around Italy with car rental services, my suggestion for the Puglia’s tour operators would be to offer or enhance the service of private cars with driver. The beauty of Puglia is represented by the numerous cities and towns, all very different from each other, but to be able to see more than one a day it’s imperative to have a car. Another important aspect is to always provide clear information on the Internet about hotels, restaurants and stores, possibly also in Japanese. Many Japanese who travel to Puglia speak a basic Italian, therefore they would prefer having the information of their trip in their mother tongue.

Born in Ceglie (Brindisi) in 1969. When he was 8 years old, he got deeply impressed by the Japanese cartoon Goldrake and decided to study Japanese at all costs so that he could meet the author. At 14, he began studying Japanese as self-taught. At 24, Antonio opened the “Japanese Service” in Ceglie, an agency of translation and interpreting specialized in the Japanese language. At 27 years old, he moved to Rome and opened a second office of “Japan Service”. In 2004 he moved to Japan to become a teacher of Italian language at the Italian Institute Of Culture in Tokyo and at the Universities of Seibi and Mejiro. In 2007 he realized his dream of meeting the author of Goldrake, Go Nagai. He has published four books, three of which are Italian grammars, and was responsible for the supervision of the Italian language manga “Tutor Hitman Reborn”, also published in Italian. In 2014 he collaborate to the production of the Italian language program “Terebi de Itariago” (The Italian TV”), promoted by the Japanese national TV NHK. 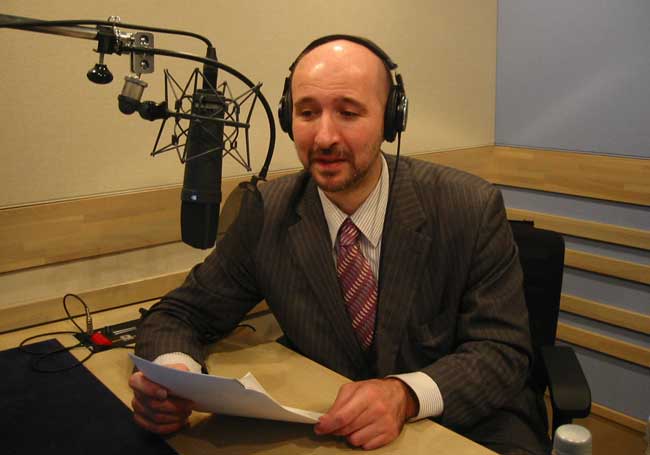 Matera – What to see and best belvedere