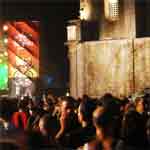 Definitely one of the most famous Italy’s folk dance the “pizzica pizzica” is a traditional music and ballet of considerable social and cultural importance which is becoming more and more popular and is largely appreciated even among young people. This ballet is surrounded by religious believes and something mythological which has always fascinated people since old times.

According to popular belief, the tarantismo (whose birth is placed by some historians back to 1100), was a disease caused by the bite of a spider called the tarantula, this used to occur particularly during summer months during the harvest and mainly to women. The bite caused epilepsy, combined with sweating and palpitations. The “tarantismo” no longer exists today, it has nevertheless given life to a dance and music called tarantella or pizzica.

Tarantella or Pizzica, music and dance as therapy

Apparently the traditional medicine could not treat symptoms like epilepsy and palpitations; it was noticed that people had no response to traditional treatments and the only reaction they would have was a hysterical and obsessive dance to the rhythm of the traditional tambourine from Salento.

This is how the pizzica was born: it was a therapeutic element against the tarantismo and was considered the only remedy against the bite of the tarantula spider. The music was performed by various instruments with the tambourine being the most important, it was accompanied by violins, mandolins, guitars and flutes. The tarantolati (people who had been beaten by the spider) were exorcised by the music and the frenetic dance. It’s said that the dance could go on for days, sometimes weeks, and had a very accelerated pace.

The tarantolati, used to lie on the floor or in bed, and while listening to music they began to move the head and legs, crawling on the back and identifying themselves with the tarantula spider; they were unable to stand and eventually collapsed to the floor exhausted by fatigue but hopefully cured. Subsequently, the ill person was brought to St. Paul chapel of Galatina (Lecce) where they drank the holy water and after repeating a quick ballet they were healed by the Saint. According to tradition, St. Paul used to appear to tarantolati and provided them with a healing time. Even today in Salento there are testimonies of people to whom St. Paul has appeared.

Today tarantismo is completely gone, what remains is the so-called neo-tarantismo, which keeps alive the tradition of the pizzica dance. In addition to the pizzica of tarantolato, who dances alone under the hallucinatory effects of the tarantula bite, there are also two other forms of highly choreographed dance, named “pizzica pizzica” and “sword dance”.

The pizzica pizzica is a dance performed by a couple, not necessarily partners. It is a dance of courtship during which the two dancers are approaching, but never touch. There are no specific steps to learn and follow in this dance, it’s all given to the own feelings. A symbol and important piece of the dance is the handkerchief waved by the woman, it was once used to invite the partner to the ball and no man could take it. It adds a spectacular choreography to the ballet. During this dance the woman usually wears wide skirts and scarves, her hair are loose to express the most of her femininity; the man will show masculinity and strength by engaging in more determined and marked movements.

The other type of dance is called pizzica a sherma and is also often referred to as a swords dance. This kind of pizzica is danced by two men who simulate a fight with knives. There was a time when men used to used real knives: today however the presence of weapons is simply simulated by the index and middle fingers or by opening the whole hand.
The dancers are always surrounded by the so-called cerchio (a circle), spectators gather in a circle around the pizzica and watch the show while urging the dancers and applauding them. There are also musicians and tambourines players in the circle.

The pizzica is widespread mainly throughout the Salento sub-region, in Galatina on the 29th of June and in Melpignano in August. Here takes place the largest festival dedicated to the pizzica called La Notte della Taranta, the Night of the Taranta Spider.

Video of the Pizzica 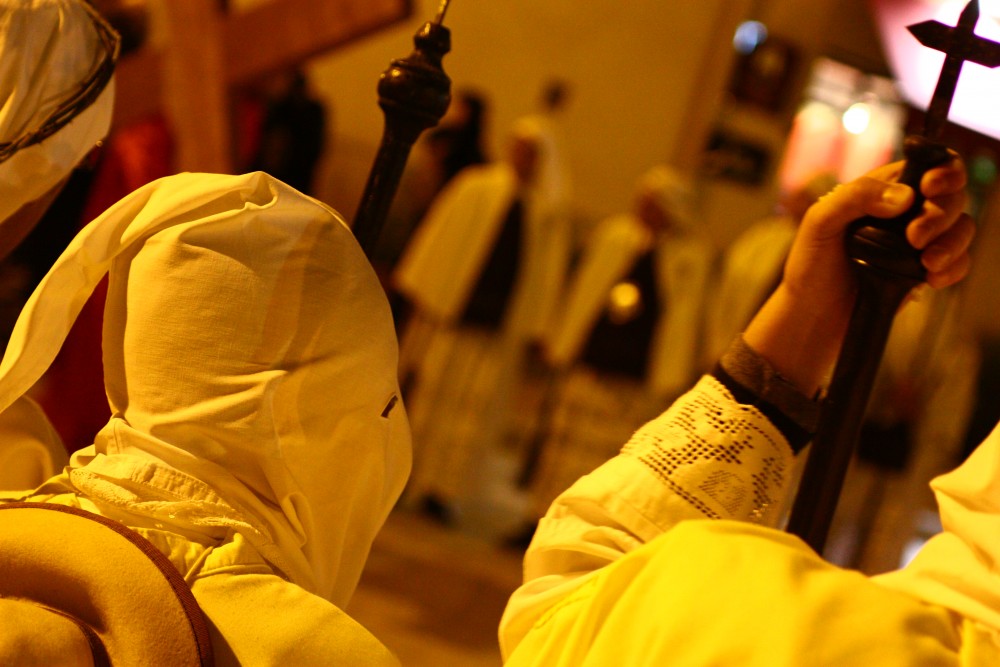