San Giovanni Rotondo is a town in the province of Foggia and is also part of the Gargano National Park. Famous around the world as it houses the remains of St. Padre Pio of Pietrelcina, a Capuchin friar who lived in the town. The city was founded in 1095 on the remains of an ancient village, which dated back to the 6th century BC, and is located on the road to the Monte Sant’Angelo (this village was founded around the cave where the Archangel Michael had appeared).

The city has a charming historical center with small alleys and few traces of ancient civilizations such as the Swabians, Angevins, Spaniards and Bourbons. But it is well known all around the world mainly for the Shrine of Padre Pio which is the second most visited Catholic Shrine in the world (second only to Our Lady of Guadalupe in Mexico City in popularity). The Shrine consists of an ancient Church built in 1540 and a new one, Santa Maria delle Grazie (Our Lady of Grace). This was specifically requested by Padre Pio and was built during his lifetime to accommodate the many pilgrims and worshipers attracted to San Giovanni Rotondo. Today it remains the central focus of the sanctuary.

It is centered on his tomb, opened daily and free to visit it hosts his confessional, his cell which still contains his books, clothing and all his belongings and the crucifix from which he received the stigmata.

The Shrine also includes a modern Way of the Cross (Via Crucis) on the forested hillside above Santa Maria delle Grazie. The construction of the Via Crucis monumentale began in 1968 and was completed in 1981. It represents the drama of Jesus, it is made of granite and includes 17 bronze and marble sculptures.

Padre Pio also founded the Home for the Relief of Suffering (Casa Sollievo della Sofferenza), a hospital in the forefront of scientific research and considered one of the most efficient hospitals in Europe.

St. Padre Pio of Pietrelcina was a Capuchin friar, priest and mystic known for his devotion to God, care for the sick, and supernatural gifts. His most famous spiritual gift was the stigmata, which he received first in 1918 while praying and then several times for rest of his life, which caused him great suffering. He is reported to have experienced a wide variety of supernatural abilities and miraculous events including: the reading of souls; bi-location (being in two places at once); the odor of sanctity; prophecy; living on very little sleep; miraculous healing  personal visits from Jesus and Mary. He died in 1968 and was declared Blessed in 1999 and a Saint in 2002.

Padre Pio’s dream was to build a church, a huge church that had to be the house for all pilgrims. His last words were: Make it Big. Due to the huge number of pilgrims that every day arrive in San Giovanni Rotondo (over 7 million pilgrims each year visit the Shrine), in 2004 the new modern Padre Pio Pilgrimage Church was completed, it is the second largest Church in the world after the St. Peter’s Basilica in Rome. It lays on the mountain beside the ancient Shrine, it can accommodate seven thousand people seated inside and over thirty thousands standing in the outside square. Designed and built by the world-renowned architect Renzo Piano it is a masterpiece of contemporary architecture. 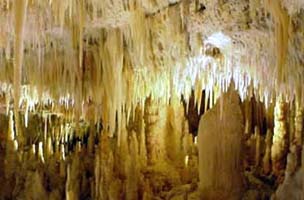 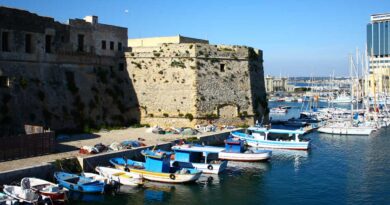